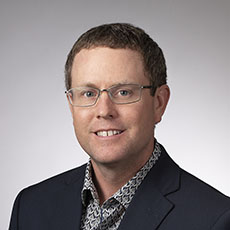 For the first half of my life, I had never heard of a micropile, yet since then it has been a pillar of my foundation of growth. I was studying to become a mining engineer in Nova Scotia and was doing an intern position at a Potash mine in New Brunswick. Due to some unfortunate events, there was a large influx of water into the mine and production was halted. I was soon laid off but was able to secure a position with a company that became Geo-Foundations a few years later. And as they say, the rest is history. Geo-Foundations, under the guidance of Todd Edmunds and Jim Bruce, became one of the first contractors in Canada to actively pursue micropile projects. An influential group of geotechs I met there all went to Queen's University, so I transferred and completed my engineering degree in 2000.

I continued to work with Geo-Foundations until 2004, earning my professional engineering designation during that time. I learned all about micropiles, anchors and grouting as the company continued to grow in the marketplace.

In 2004 I decided to leave the contracting world and try out the supplier side. Horst Aschenbroich was gracious enough to provide me the opportunity to work at Con-Tech Systems. Selling mostly strand anchors and the Ischebeck product line, I became heavily involved in many trade organizations and was proud to chair the ADSC/DFI Micropile Committee. Growing my network of people allowed me to learn various techniques across the industry. I stayed with Con-Tech until 2016, when I returned to Geo-Foundations, which has now become Keller North America.

My involvement in ISM started with my first event, held in 2007 in my home country of Canada. The comradery I witnessed between competitors and colleagues was unbelievable. This is something I have always valued and will continue to promote in the future.

I continued to be part of technical committees for four additional ISM events, being the technical chair for the International Workshop on Micropiles in both Krakow and Vancouver. In April of 2017 I was honored to be named the chair of ISM. I am committed to grow the organization while maintaining its roots. 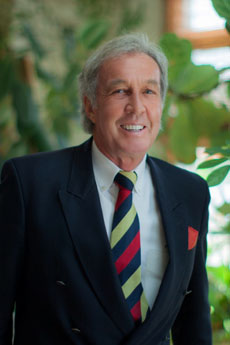 Dr. Bruce holds degrees in Geology and Geotechnical Engineering from Aberdeen University, Scotland. He worked for specialty geotechnical contractor, Colcrete, Ltd., for almost 10 years in the U.K., Pakistan, Hong Kong, Egypt and the Middle East. He then joined Pittsburgh-based Nicholson Construction Company as technical director, working on projects throughout the U.S. and Canada. In 1996, he established Geosystems, L.P., a consultancy specializing in the more practical aspects of micropiles, drilling, grouting, anchoring, diaphragm walls and deep mixing. He works throughout the world, principally as a member of boards of consultants or as litigation support.

He has published over 300 technical papers, and coauthored 3 textbooks. He is an active member of many professional societies, including ADSC, DFI, USSD, ASDSO, AEG and, of course, ISM.

Dr. Bruce has been awarded the Kapp, W.H. Baker and Terzaghi Awards by ASCE, and was the ISM's 2009 Lizzi Lecturer.

Dr. Bruce's interest in micropiles began in 1978 with underpinning works in London, England, and continued with one of the first micropile projects in Hong Kong in 1982. In the Nicholson years, he was active in the development of high-capacity micropiles throughout the U.S. and Canada and, in 1994, was appointed co-principal investigator of the FHWA's micropile State of Practice study, which was published in 1997, and formed the basis for the FHWA Implementation Manual in 2000 and 2005. As part of the original FHWA study, Dr. Bruce, together with Mary Ellen Large, now of DFI, and the treasurer of ISM, organized what were then called the International Workshops on Micropiles (IWM). This was a forum to exchange information between various international groups. The IWM morphed into ISM, and Bruce held the chairmanship until 2006 when, thoroughly exhausted, he accepted with great appreciation the honorary chairmanship. He continues to present on micropile topics in seminars and short courses, including those organized by the National Highway Institute (NHI).

join/renew
Become an ISM Member
call for abstracts
Interested in making a presentation at the 15th International Workshop on Micropiles?
Learn More...
learn
Learn more about the DFI-ADSC Joint Micropile Committee
follow us