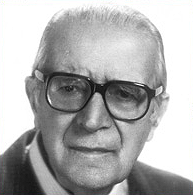 Dr. Fernando Lizzi was born in 1914 in Castelnuovo di Porto, Italy near Rome. At age 18, he entered the artillery military academy in Torino and became an officer in the Italian Army. At the end of his academy training in 1936, he was posted to Tripoli, Libya, where he fought and was injured in 1942 in the battle o f Djrababub. He was then captured by the British army and eventually sent to a prisoner-of-war camp in an area now near the border between Pakistan and Afghanistan. During his time as a prisoner of war, Lizzi studied civil engineering. When he returned to Italy in 1946 and was discharged from the Army, he completed the requirements for the Italian degree of engineering (Laurea) in four months. He graduated summa cum laude and soon joined FONDEDILE, where he remained as Technical Director for nearly 50 years.

During this time, when Italy specifically, and Europe generally, were being reconstructed, the first "pali radice" (root piles, micropiles) were used for "Scuola Angiulli" in Naples. The technique was later applied in hundreds of works by FONDEDILE in various countries. Pali Radice have been used extensively for the restoration of monuments, notably Ponte Vecchio in Firenze in 1966, and many restored and rehabilitated structures benefited from the artistic and engineering skill of Dr. Lizzi. Some of the works are described in Dr. Lizzi's two books: The Static Restoration of Monuments, Sagep Publishers, Genova (1982) (available in Italian and English) and Il consolidamento del Terreno e dei Fabbricati Dario Flaccovio Editore (1989) (in Italian).

The 4th International Workshop on Micropiles held in Venice (May 2002) honored the 50th anniversary of the development of micropile technology. This conference was dedicated to the Vision of Fernando Lizzi, given that so many current practitioners and researchers continue to be inspired by his concepts.

Dr. Lizzi retired from FONDEDILE in the 1980s but remained active in consulting and related activities nearly until the time of his death, on August 28, 2003, in Naples. He is survived by his wife, Italia Fauche', and his sons, Fedele and Fulvia.